New appointments to Board of Governors

David Buckley and Anna Dawe have been appointed as new lay members of the University Board of Governors. 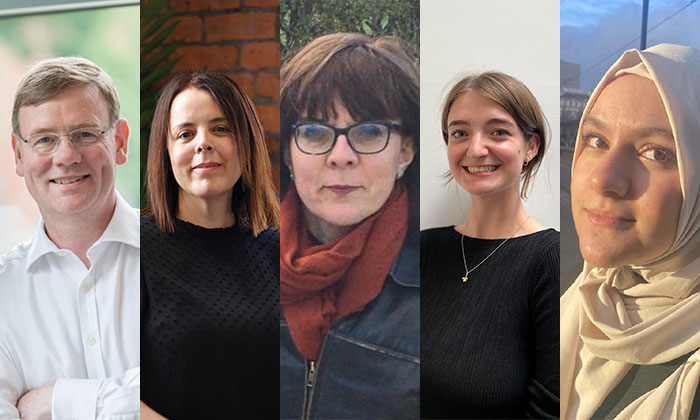 David Buckley is an alumnus of the University and a former member of the Global Leadership Board. He is a highly experienced non-executive director with over 30 years’ experience in the financial services, fintech, arts and education sectors.

His current roles include Chair of Royal Bank of Canada (Europe), Chair of Archax – a fintech digital asset exchange, Chair of The Yehudi Menuhin School, and The London Philharmonic Orchestra. This followed a highly successful international finance executive career with both Goldman Sachs and Morgan Stanley, including considerable time working in Asia.

Anna Dawe joins our board with over 25 years of experience working in further education as a lecturer and senior manager and is now the Principal and Chief Executive of Wigan and Leigh College. Throughout her career, she has worked closely with partner Higher Education institutions on a wide range of strategic initiatives.

Anna is also a member of the Greater Manchester Colleges Group, sits on several forums within the Association of School and College leaders, and is a member of The Wigan Skills Partnership.

Samantha Bronheim also joins the board from our Students’ Union where she is Executive Officer for Union Affairs.

Samantha is a final year Zoology student who also completed a foundation year. She has been a part of The Mancunion student newspaper for four years, putting her at the centre of student affairs and concerns. She has helped promote societies, written advice pieces for lifestyle, and in the last two years has run the Science and Tech section, for which she won best section editor in consecutive years.

Alongside Samantha, Tesnime Safraou joins the board this year as our second Student Union member.

Tesnime Safraou is currently the City and Community Executive Officer as well as a Director and Member of the Trustee Board of the University of Manchester Students' Union. As part of her role, she works on amplifying the student voice with particular attention to social responsibility, ethical investment, housing and accommodation, sustainability, safety, and relationships with the City of Manchester and its local communities. At the core of her work lies leadership and change-making for student interests.

Neil McArthur (lay Board member), and Edward Astle (outgoing Chair) will step down this year as their terms conclude, together with Raoul Shah (lay member appointed through the Alumni Association ). The process for seeking a replacement Alumni Association member will commence shortly).

In addition, Claire Alexander (Senate member of the Board), Melody Stephen, and Miguel Gonzalez Valdes-Tejero (both Student Union members) have stepped down as their terms concluded.