How diversity affects the way we feel about our street 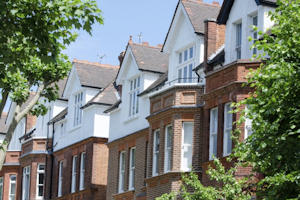 A new study – the first of its kind to examine the relationship between ethnic diversity and local cohesion over time – has found a more complex link than before between the way neighbourhoods change and how their residents feel about their community.

Research from our University and the Economic and Social Research Council (ESRC) set out to more robustly test the idea that ethnic diversity has a harmful effect on community cohesion, by examining the way those who stay in neighbourhoods react to diversification versus those who move.

The paper, by sociologists Dr James Laurence and Dr Lee Bentley and published in the European Sociology Review, looked at interviews with the same people over time – 17 years in this case – and found that those who stayed in their neighbourhood and watched it diversify around them, did indeed report a decrease in the attachment they felt to their community. Similarly, those who moved out of a diverse area and into a more homogeneous community reported feeling somewhat happier.

However, the reverse was not the case. Those who moved into more diverse areas did not develop worse feelings towards their neighbourhood, meaning that relocating to an area of high diversity had no harmful effect on how they viewed their community.

Dr Laurence, an ESRC Future Research Leaders grant-holder at the Faculty of Humanities, said: “There has long been an ‘assumption’ that increasing ethnic diversity in an area undermines residents’ social cohesion. On one hand, our study supports this, for example where people report feeling happier when they move out of diverse areas and into neighbourhoods where they are surrounded by more people like them.

“However, we find that there are people happily moving into diverse areas who are unaffected by the presence of different ethnicities and social groups. Also, diversity actually has a relatively weaker effect on people who stay in a community in which diversity is increasing around them.”

“Essentially, there’s no clear cut rule that ethnic diversity harms social cohesion, and huge amounts of churn is occurring between neighbourhoods which can lead to stable, cohesive, diverse communities”

He added: “An important point to note is that just because ethnic diversity can undermine neighbourhood cohesion it doesn’t mean people are necessarily prejudiced or that increasing diversity causes conflict between groups. There are a lot of reasons why local cohesion may decline with increasing diversity: rapid social changes in people’s environments can make people feel less sure of the area around them, and anxious about what the change might mean for the future. Or, people tend, in general, to spend time with others they perceive to be more like them. Increasing diversity may reduce cohesion as people simply see their neighbours as being more different to them; that they may have different values, different interests and different norms, which can hold up contact”

“However, these effects of diversity are likely quite short term. Getting to know neighbours from different groups over time can go a long way to replenishing short term dips in cohesion”