Manchester City FC will be holding an open-top bus trophy parade this evening (Monday 14 May), to mark the Club’s first league title win in 44 years. 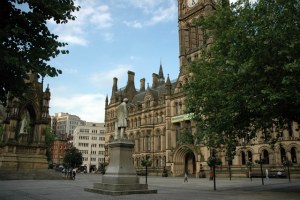 The parade will take place in Manchester city centre from 6.30pm, meaning that some roads will be closed and buses on and around the parade route will be diverted. Large numbers of people are expected to come to the parade, so passengers can expect the city centre to be crowded.

For a map of the route, see:

The following temporary road closures will be in progress: