Former Minister for Universities and Science, The Rt Hon the Lord Willetts, will deliver the keynote address during a week of debates and events involving leading political thinkers from 2 to 6 November 2015 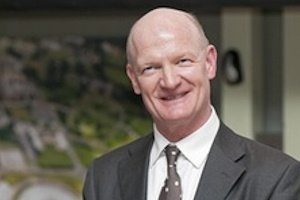 This year’s Policy Week will provide a high-profile showcase of our research-based knowledge, expertise and collaborative partnerships.

Directly following the festivities of the Manchester Science Festival and forming a key part of the Manchester City of Science 2016 programme, Policy Week - the flagship initiative of policy@manchester - promises to deliver a packed programme of debates, lectures, films and more on topical issues such as fracking, oil production, pollution, energy, climate change, healthcare, the arts and the Northern Powerhouse.

The Rt Hon the Lord Willetts, the former Minister for Universities and Science, will deliver the keynote address on how technology is set to disrupt the Higher Education landscape and the outspoken and controversial Prof David Nutt promises to be another highlight, appearing in conversation with BBC News science reporter Victoria Gill at the Portico Library.

Other prominent speakers include:

The majority of events are free and tickets are still available.

To view the full programme and book, visit: