Professor Graham Lord joins the University today as Vice-President and Dean of the Faculty of Biology, Medicine and Health (FBMH) 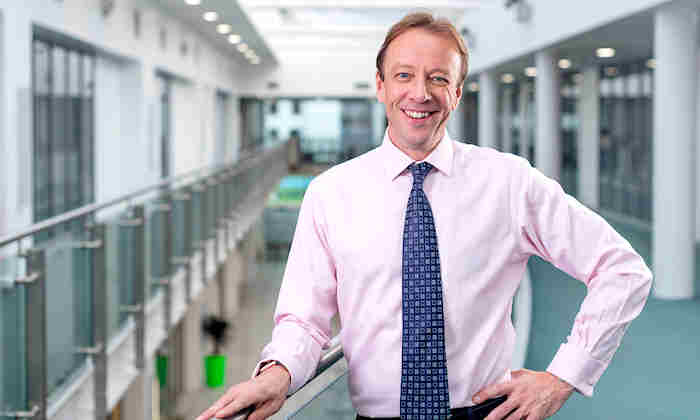 He also takes up the role of Executive Director of the Academic Health Science Centre as part of Health Innovation Manchester, and will represent the University on the Board of the Northern Health Science Alliance.

Graham takes over from Professor Peter Clayton, who has been Interim Vice-President and Dean for six months following the departure of Professor Ian Greer.

Graham qualified in medicine from the University of Cambridge in 1991 and gained his PhD at Imperial College London in 2000. He was appointed as a Consultant in Nephrology and Transplantation at Hammersmith Hospital in 2003; and from 2003 to 2008, he was a visiting scientist at Harvard University, before returning to the UK to become the Chair of Medicine at King’s College London, where his research group investigated immune cell biology and the diagnosis and treatment of patients with organ transplant rejection and autoimmune diseases.

Graham led the successful application for the NIHR Biomedical Research Centre (BRC) at Guy’s and St Thomas’ NHS Foundation Trust, where he is a consultant in clinical nephrology, and was appointed Director of the Centre in 2012. He was elected as an NIHR Senior Investigator in 2013 and a Fellow of the Academy of Medical Sciences in 2016.

He commented:  “I am delighted to be returning to Manchester and working with new colleagues to ensure the ongoing delivery of teaching, learning  and research excellence in one of the very best faculties of its kind in the country.

“With its devolved healthcare system, Manchester is a unique environment to conduct research and work in partnership to deliver real improvements to people’s health.  FBMH is a huge contributor to that process - educating and training thousands of students each year and delivering world-class research.

“I’m very much looking forward to meeting with as many members of staff and students as possible in the weeks and months ahead to better understand and begin to address some of the key issues and future challenges for both FBMH and the University as a whole.”

You can read Graham’s first message to Faculty staff HERE.