A scientist from The University of Manchester has been awarded a €150,000 (about £120,000) research prize for the development of scalpel-sparing tests for the diagnosis and management of cancer. 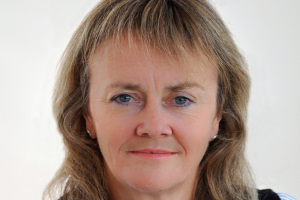 Professor Caroline Dive received the Pasteur-Weizmann/Servier Prize for her work on non-invasive techniques for early cancer diagnosis and prediction of drug response. The award is given for a different research theme once every three years and this year recognised scientific and medical advances in the field of cancer research.

Cancer cells can have specific molecules on them that are not found on normal cells. These molecules can be used as ‘markers’ to detect and monitor cancer cells before, during and after patients receive cancer treatment. Traditionally these markers are detected in biopsy samples removed from the cancer by surgery.

Professor Dive’s group has been studying cancer cells found in patients’ blood to identify and characterise markers that are specific for those cells. These markers can be used to screen and diagnose patients and to monitor response to treatment in a non-invasive manner, so without the need for a biopsy.

The group, based at the Cancer Research UK-funded Paterson Institute for Cancer Research and part of the Manchester Cancer Research Centre, is also involved in clinical trials of new therapies. These trials monitor patient response to treatment using cancer cells purified from the individual’s own blood.

The prize money will fund cutting-edge equipment for the purification of circulating cancer cells from blood, increasing the number of trials the team can conduct and helping them to identify and characterise new molecular markers.

Professor Dive said: “I am honoured to receive the 2012 Pasteur-Weizmann/Servier Prize. Our work is all about taking findings from the laboratory and translating it into new tests and treatments for patients. The award will support our translational cancer research into specific markers of circulating cancer cells and also the group’s work in clinical trials to monitor disease and response to novel drugs.

“The more we can use markers to find out about cancer cells and how they respond to treatment the more we can develop a personalised approach to medicine where patients get the treatment tailored to their specific cancer characteristics.”

The Pasteur-Weizmann/Servier Prize is awarded to a world-leading academic and their team for major contributions to biomedical discoveries that lead the way to new therapeutic applications. Professor Dive was one of nine international nominees for the Prize.