A University of Manchester scientist has been awarded a prize for his work in nuclear physics. 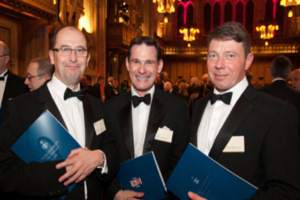 Professor Jon Billowes, from the University’s School of Physics and Astronomy, won the 2012 IOP Nuclear and Particle Physics Division Prize.

The award was given for his important work in experimental nuclear physics, particularly regarding breakthroughs in laser spectroscopy.

Professor Billowes was also recognised for his leading role in the development of the Dalton Nuclear Institute at the University.

The Nuclear and Particle Physics Division Prize is awarded for important recent advances in research or development, on a specific topic relevant to physics

Professor Billowes receives a certificate, together with a cheque for £500 and will be invited to give a talk at a future conference.