One of Victorians’ greatest humanitarians is 200

University of Manchester historians are to celebrate the 200th birthday of one of the Victorian age’s greatest humanitarians, now barely remembered, at an event on 23 November. 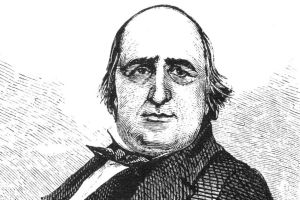 London’s Henry Mayhew, a social reformer, journalist, and playwright, will be honoured when his great great great nephew – also called Henry Mayhew-  drops in on the celebrations at the University.

Surprisingly, it will be the UK’s only public celebration of Charles Dickens' friend and contemporary, whose actual birthday falls on November 25.

But though Dickens achieved wealth and fame, Mayhew died a pauper in 1887, achieving a lifetime of articles, plays and books – as well as cofounding the iconic Punch magazine in 1841.

In 1851-2 he published the ground breaking four volume London, Labour and the London poor, which was the first  time the city’s underclass - including  beggars, street-entertainers, prostitutes, labourers and sweatshop workers - had been surveyed and, most importantly, interviewed.

There were even interviews with the "mudlarks" who searched the foul-smelling mud on the banks of the Thames and the "pure-finders" who gathered dog faeces to sell to tanners.

Professor Bertrand Taithe and Dr Julie-Marie Strange are researching Mayhew’s work as part of an Economic and Social Research Council funded study of humanitarianism and charity in Britain in the second half of the nineteenth century.

Dr Strange said: “We were stunned when we realised that so few people remember Henry Mayhew and that as far as we know, no one else is celebrating the 200th birthday of the Victorians’ greatest humanitarian.

“His huge body of work created the impetus for the UK’s great tradition in humanitarianism – so we feel it’s time this country recognises his achievements.

“Few showed such interest in the poor: Mayhew was fascinated by how and where they lived, and even made detailed estimates of the numbers and incomes of those practicing each trade – something which had never been done before

“A great journalist with an eye for a story, his work was the first to show desperate plight of the Victorian poor, in what was probably the world’s richest city. An amazing achievement.”

Professor Taithe said: “Mayhew radically altered our view of the poor and of their sense of agency.

“Dickens and many of his contemporaries borrowed his characters and anecdotes as have many people since.

“But what was radical in Mayhew was how he gave the people a voice to express their lives ‘in their own words’.

“This means that great authors can find their defiant voice in his books.  Terry Pratchett’s Dodger is one such book. Mayhew was not sentimental; he was a radical call for change."

He added: “Mayhew belonged to the reckless bohemians of Fleet Street and his financial difficulties as well as his association with Chartists probably contributed to his fall from grace.

“He is often portrayed as being the model for Mr Micawber in David Copperfield but that is an unfair portrayal of a man who left the single most important body of work of 11 volumes on London poverty and the largest number of interviews and reporting ever written on London.

“Mayhew is the forerunner of great investigative journalists such as George Orwell or Paul Foot, and all sociologists can learn from him.”