Eleni Papadopolous, a University of Manchester Sports Scholar, has smashed a world record in disability swimming. 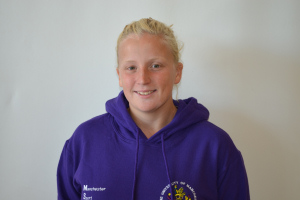 Competing in the British Universities and College Sports competition in Sheffield, Eleni  broke the 200m Butterfly world record (S10) as well as her own British record, clocking 2:37.52.

Not content with her achievements, Eleni also beat her own 50m Butterfly British record later in the meet, touching in 33.16.

This is the latest achievement in a glittering career so far for Eleni, who is reading Medieval Studies in the School of Arts Languages and Cultures.

Eleni was named the NPower Disability Young Achiever of the year in 2010 she is a double silver European medallist, has been British champion for four years, and currently hold six British records.

Her next long-term ambition is to qualify for the 2016 Paralympic Games.