A controversial account of the Great War by one of New Zealand’s greatest writers is to be published for the first time by a leading arts journal, eight years after she died. 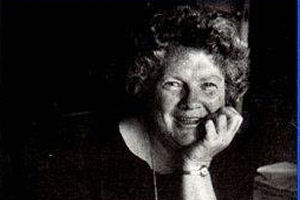 Janet Frame’s account of her father’s return from what she said ‘used to be called the ‘Great’ war’ will be available to readers of the Manchester Review  - published by The University of Manchester’s Centre for New Writing.

The account, discovered in her archive recently, chimes with a debate recently played out in the media, where critics have said the red poppy has strayed away from its roots into commercialisation and "B-list celebrities".

The edition gives a literary take on this weekend’s Remembrance Day, which reflects on fallen war heroes, who gave their lives for their country.

Remembrance Day is observed on 11 November, recalling the end of hostilities of World War I in 1918 at the 11th hour of the 11th day of the 11th month.

“Janet Frame’s short memoir reflects the injustices of the military campaigns of World War One, unlike some of the more superficial commemorations of recent years, and may strike a chord in the run up to Remembrance Sunday”, said John Mcauliffe, poet and editor of the Review and lecturer in Creative Writing.”

“So as we approach the centenary of World War I, Remembrance Sunday has become unusually controversial. And this issue of the Review provides a number of writers with the opportunity to rethink our attitudes to the Great War.”

He added: “Writers have done much to create our understanding of modern war: Wilfred Owen, Edward Thomas and others brought home some of the fierce, mechanical horror of the trenches to their contemporaries.

“Now, as writers continue to revisit the war and how it speaks to us today, the Manchester Review, in addition to Frame’s account, publishes a very different set of responses to that war.”

One of New Zealand’s greatest writers, Frame is equally famous for her memoirs, poetry and fiction.

Also in the review – available at www.themanchesterreview.co.uk/ -  is an extract from the  new novel Worthless Men by  Andrew Cowan, who approaches the subject by focussing on war’s local and family repercussions.

Tom French’s meditation on ‘Fred Bennett’s Cigarettes’ is a poem that looks at the surreal moment when the soldier’s packet of cigarettes, preserved from his time at the front, turned up in an auction earlier this year.

Another poet, Michael Symmons Roberts, pictures war’s aftermath when he presents a lost pilot in the sequence ‘Wounds’ from his forthcoming collection, Drysalter.

Issue nine of the Manchester Review, one of the UK’s leading literary journals, aspires to bring together online, the best of international writing, publishing both well-known, established writers and new, relatively unknown poets and prose-writers.

Also featured is the devastating story ‘Ghost’by another New Zealander and long time resident in the UK, Kirsty Gunn.

As well as a dozen other stories and poems, the Review also presents a podcast of the Centre's new Professor, Jeanette Winterson’s conversation with the leading US novelist AM Homes.