The University is hosting a week of free events to launch Policy@Manchester, its network of academics working in a variety of public policy areas, from 29 October to 2 November. 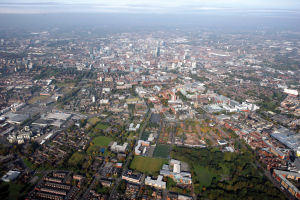 The launch includes a lecture by former Chair of the Treasury Select Committee and member of the Parliamentary Commission on Banking Standards Lord McFall.

The network was set up following a survey last year that identified around 350 academic colleagues across the University engaged in public policy dialogues at local, regional, national and international levels. It aims to bring the researchers together and also support others to develop their skills and experience in this area.

This will see the development of a comprehensive database of University experts and the creation of a web and social media presence to raise the profile of our policy professionals. In time, the focus will be on developing a coordinated programme of engagement and events with key policy makers at regional, national and international levels, to position the University as one of the leading public policy centres in the world.

Professor Keith Brown, Vice President and Dean of the Faculty of Humanities, is Chair of the Board, while Professor Colin Talbot, Professor in Government and Public Administration at Manchester Business School, is Director.

Professor Talbot said: “One of the things that distinguishes top universities around the world is that, certainly in democracies, they are usually power-houses of public policy ideas.

“Manchester has recognised these developments and is trying something a little different. We surveyed staff last summer and found we had around 350 colleagues engaged externally in various areas of public policy.

“Manchester as a city has suddenly upped its profile, as Manchester City has joined United at the top of English football, and the arrival of “Media City” means there’s suddenly lots of media folk discovering there is intelligent life outside of the M25 ‘beltway’.

“Policy@Manchester will seek to capitalise on all that.”

The launch events include:

For full details of the launch see http://www.manchester.ac.uk/policy/week/

To join the network, send an email to Listserv@listserv.manchester.ac.uk with the message "subscribe public-policy".