The University of Manchester will give Honorary Degrees to five outstanding individuals this Wednesday, 24 October. 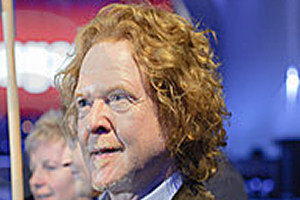 An honorary doctorate in Music will be conferred upon Mick Hucknall, former lead singer of Simply Red, at this afternoon's ceremony.

Degrees will also be conferred upon:

Prior to the Honorary Degree ceremony, TV and radio personality Clive Anderson, a former barrister, will give this year’s Foundation Lecture at The University of Manchester entitled ‘Is it time to have TV cameras in court?’

This year's Foundation Lecture will be given by Clive Anderson, a former barrister, best known for being a comedy writer as well as a radio and TV presenter. He hosted ten series of the hit TV show Whose Line Is It Anyway? as well as his own chat show on Channel Four, Clive Anderson Talks Back. He has also appeared regularly on Have I Got News for You, Mock the Week and QI.