Law graduate John Whaite has been crowned king of the Great British Bake Off on BBC 2. 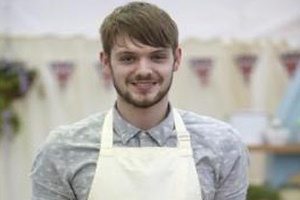 John graduated this year with a first in LLB Law, but had to complete his degree whilst perfecting his pastry for the hit TV show which has regularly pulled in more than five million viewers.

Wigan-born John, 23, believes the double challenge actually helped him to achieve his goals: “If I hadn’t been in the middle of the degree I’m not sure I would have won," he said.

“It was tough though. I finished one exam on a Friday and went to Bristol to film the semi-final before getting home late on Sunday in time for another exam on Monday.”

John also completed a summer scheme with top Law firm Eversheds but after winning the Bake Off title, he now plans to release his own recipe book and swap the School of Law for pastry classes.

He maintains a blog of his culinary creations here: http://johnwhaite.tumblr.com