Mel Ainscow CBE, Professor of Education and co-director of the Centre for Equity in Education at The University of Manchester, is to lead a team which will 'challenge and support' the way Anglesey’s schools are run. 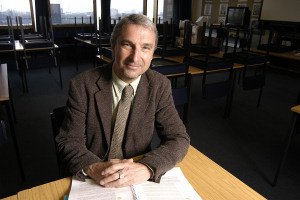 Welsh Government Commissioners were appointed in March 2011 to address what minister Leighton Andrews described as ‘fundamental failures of corporate leadership and governance in the county.

Now control of the Council is slowly being returned to elected councillors, with the improvement of its schools being guided by Professor Ainscow’s ‘Recovery Board’.

The Board will also include Geraint Rees, Executive Head Teacher of Glyn Derw and Michaelston Federation. Further Board members include a senior education official from the Welsh Government and Dr Chris Llewellyn from the WLGA.

Professor Ainscow said: “This important initiative provides a splendid opportunity to put into practice ideas from our Manchester research on the improvement of school systems. The main thing is to get all stakeholders pulling in the same direction."