Asteroid fragments could hint at the origin of the solar system

University of Manchester scientists are among the few in the world selected to analyse minute asteroid fragments which could shed light on the origin and evolution of the solar system. 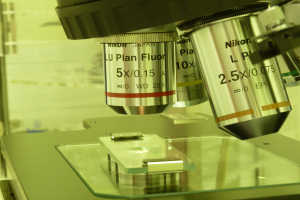 The tiny pieces of rock – at 50-100 micrometers smaller than a human hair – have been captured from asteroid Itokawa by the Japanese mission Hayabusa. They were carefully unpacked by experts at the University’s School of Earth, Atmospheric and Environmental Sciences.

It is the first time samples from an asteroid have been returned to Earth. Only about 70 samples have been released for international analysis – seven of these are being studied at the University.

The Hayabusa mission is part of a continuing effort to understand how asteroids, which are leftovers from the formation of planets like Earth, formed and evolved. It recovered fragments from the 500 metre-long asteroid Itokawa in 2005 and returned them to Earth in 2010.

Itokawa is only the third planetary body from which samples have been returned to Earth, after Apollo/Luna samples from the Moon and ‘Stardust’ samples from comet Wild 2.  All of these have been analysed at The University of Manchester.

Just 11 international scientific teams have been selected to analyse these precious samples. The team, led by Dr Henner Busemann of the University’s School of Earth, Atmospheric and Environmental Sciences, includes researchers from Germany, Sweden and Switzerland.  It was selected because of two unique devices for analysing the samples – Manchester hosts the most sensitive system in the world for analysing the rare gases xenon and krypton.

The team hopes to find out how rapidly, and by what processes, the asteroid’s surface is being changed and whether asteroids like Itokawa could have delivered material to the Earth early in its history.

The work will provide a glimpse into the early history of the Solar System and the formation of the planets more than 4.5 billion years ago.

Dr Busemann said: “Meteorites are samples of asteroids that fall to Earth, and we’ve learnt a lot by studying them.

“However, these grains are unique because we know which of the millions of asteroids they came from and they haven’t been exposed to the Earth’s environment.  We stand to learn a huge amount about how asteroids formed and evolved”.