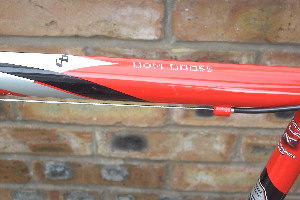 The recorded theft of pedal cycles is down by 30% on the academic year 2010/11. This is attributed to:

Between 17 September and 1 October 2012 the price of the subsidised locks currently on offer at £15 (RRP £35) will be available for £10. The silver standard ‘D’ locks are a great deterrent to the thief. The reduction is being introduced to encourage new students, those returning to study and staff to invest in a good quality bike lock.

Locks can be purchased via:

Please note that to qualify for a subsidised lock, you must do one of the following:

During the forthcoming academic year we will be touring the bike racks on campus to encourage those using poor quality cable locks to purchase the discounted ‘D’ locks. There will also be a promotional campaign to publicise the offer throughout campus.

The next round of FREE cycle registration dates have been published and can be found online at: