A University of Manchester professor has won an international award for her research in dentistry and oral health care. 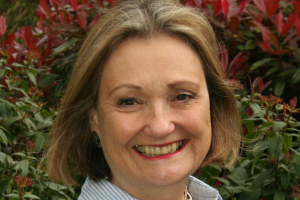 Professor Helen Worthington, from the School of Dentistry, received the 2012 prestigious H Trendley Dean Memorial Award from the International Association for Dental Research (IADR) at their session in Brazil last week.

As Professor of evidence-based care, Helen is recognised as a leader in evidence-based dentistry, which has had a profound effect on dental practice and public health worldwide. She has played a key role in developing and refining methods for systematic reviews of evidence for treatments and procedures in the oral health area providing an international evidence base for oral health care.

Professor Worthington has more than 40 years' experience of planning, leadership, management, and interpretation of a high number of important clinical trials, epidemiological studies, and systematic reviews in the field of oral health. The results from these studies and reviews have often led directly to new or revised health policy, prescribing, or clinical practice.

Professor Worthington was recently involved in producing a systematic review concerned with the effectiveness of flossing in reducing the risk of gum disease and tooth decay.3 The review demonstrated that on the basis of all available evidence people who brush and floss regularly have less gum bleeding compared to toothbrushing alone.

There was weak, very unreliable evidence of a possible small reduction in plaque, and there was no information on other measurements such as tooth decay because the trials were not long enough and detecting early stage decay between teeth is difficult.

The studies were all of poor quality and conclusions must be viewed as unreliable. Consequently, the review advocates that additional well designed and conducted randomised controlled trials are needed, running for periods longer than 12 months.

The H Trendley Dean Memorial Award, one of only 16 IADR Distinguished Scientist Awards, is supported by the Colgate-Palmolive Company in memory of H Trendley Dean, the 21st President of the IADR and first dental officer of the National Institutes of Health.

The award is given for distinguished accomplishments in research and development in the fields of behavioural science, epidemiology and public health, and is one of the highest honours bestowed by the IADR.