A group of concert-goers are to experience the city as never before in a pioneering project led by University of Manchester music researchers today (29 June). 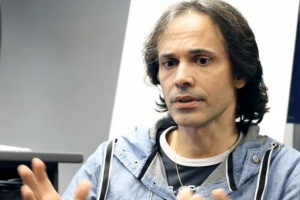 The project, led by Dr Ricardo Climent from the University’s NOVARS Research Centre, will transform Manchester into a gigantic instrument -  doubling up as an audio museum, which will be relayed live to the Martin Harris Centre – also at the University.

A walking tour will hear commentaries and compositions triggered using GPS and 3G technology at specific locations on specially configured smartphones in Manchester and Blacksburg, Virginia via the Internet.

A live ensemble at the University’s John Thaw Studio Theatre – where the concert is taking place- will interact with ‘soundwalk’ tours.

The event is taking place as part of the LocativeAudio festival -  a partnership between NOVARS Research Centre and noTours and is sponsored by the University’s Cities@Manchester network.

Dr Climent, who is also a music composer and sonic artist, says: “Our sense of hearing provides us with a powerful way to experience the city and influence our decision making.

“One of the issues that composers must tackle is that visual culture has become dominant in the way we experience the world.

“Our research shows that we often underestimate the potential of sound as a way of understanding our environment.

“This event uses sound to create a greater awareness of Manchester’s history and geography.

“Every place has a meaning – and sound can help us get to the bottom of that.

“But the potential is enormous: we hope it might inspire city designers to think about sound more seriously.”

Researchers from archaeology and architecture provided texts to inform the sound walks with a focus on the history of Whitworth Park – where some of the sound tour takes place.

He adds: “In the past we have relied much more on all our other senses, including hearing

“Phoenicians, for example, would once have communicated using ‘clicks’ when navigating along the foggy sea routes but there are many other examples.

“But this project is also about taking music out of the traditional concert hall to the city and returning it to think about new ways of engaging with art.

“For the last 30 years, changes in technology have shaped my thinking and methods when composing music but also altered the way I interact with others as an artist.”