The lyrics to fifteen musical cues composed by Anthony Burgess for his stage version of 'A Clockwork Orange' have been married up to their unpublished music manuscripts by a University of Manchester academic. 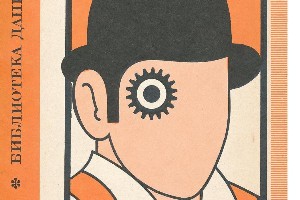 Head of Composition Dr Kevin Malone has produced the complete 22 minutes of music which will be performed for the first time today (28 June) to mark the fiftieth anniversary of the writer and composer’s most famous novel.

The performance takes place on the opening day of the 50th anniversary conference, organised by the International Anthony Burgess Foundation, of the publication of 'A Clockwork Orange'.

The Foundation is holding three days of events to tell the story of the novel over the last fifty years, and to examine its impact and legacy.

Burgess, who died aged 76 in 1993, was a Manchester-born novelist, poet, playwright, composer, linguist, translator and critic.

An underground hit on publication, A Clockwork Orange was adapted for the screen by Andy Warhol in 1965, and went on to reach a mass audience in Stanley Kubrick’s 1971 film.

It has since appeared on stage, in popular music, in fashion, in visual art and in translation all over the world.

Malone’s ‘A Clockwork Operetta', a cabaret spectacle commissioned by the IABF for Burgess' discarded pop lyrics for his screenplay, will also be performed alongside the premiere at the hour-long event.

The musicians will be in costume, with the pianist playing Burgess' own Boesendorfer grand piano.

Dr Malone said: “For fans of Anthony Burgess’s music and songs for A Clockwork Orange, this will be a unique opportunity to experience his music-hall ultraviolence.

“It was an intriguing puzzle to assemble Burgess’ musical ideas – and the musicians are really digging into them with imaginative ways of performing for the audience.”