The work of two University of Manchester creative writing masters graduates has been recognised by the Society of Authors , the country’s oldest professional body for writers. 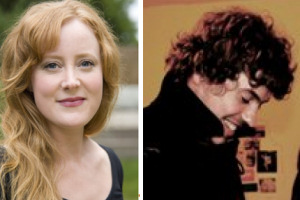 The Society’s Authors' Awards honour new and established writers of fiction, non-fiction and poetry and are worth over £76,000 in prize money.

Connolly lives and writes in Manchester, where he edits Kaffeeklatsch, a journal of poetry and criticism.

Former Manchester Evening News writer Unsworth’s first novel Hungry, the Stars and Everything was published by The Hidden Gem Press in June 2011.

Biographer Claire Tomalin presented the Society of Authors’ awards at a reception at the Army and Navy Club in London.

The event, celebrating seven literary awards, and twenty-three winning writers, was introduced by the Chair of the SoA, novelist Lindsey Davis.

Joey Connolly was among seven poets to win this year’s Eric Gregory Awards of £3000 each for collections by poets under the age of 30. They will be performing at the Ledbury Festival on Friday, 6th July from 2.30pm to 3.30pm.

Emma Jane Unsworth was among four writers to win a Betty Trask Award of £3000 each for first novels  by writers under 35.

Co-Director of the Centre for New Writing  Dr John Mcauliffe said: “I’m delighted that the terrific work of Joey and Emma has been recognised by one the country’s most important writer’s organisations.

“They join many other successful Centre for New Writing graduates which continues  to produce writers of exciting and innovative work.”