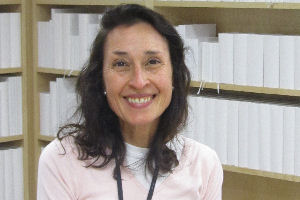 Specific Language Impairment (SLI) affects one child in every reception classroom, but is a little recognised condition that impinges on all aspects of life. SLI hinders understanding and expressive language and can impact on how children learn, form friendships and on their educational development. Despite how common the condition is, it receives little recognition, with many children and their families missing out on accessing much needed help and support as a result.

Gina Conti-Ramsden, Professor of Child Language and Learning in the School of Psychological Sciences, and colleagues have launched RALLI (Raising Awareness of Language Learning Impairments), a video-led campaign to raise awareness of SLI.

Aimed at children, parents, families and education professionals, the campaign – launched with Dorothy Bishop (Oxford University), Courtenay Norbury (University of London) and Maggie Snowling (University of York) - will share video stories based on people’s experiences of SLI and what can be done to help those affected.

Professor Conti-Ramsden said: “Like all the members of RALLI, when I tell people about my work in SLI, most people have never heard of the condition; that’s why I got involved. It’s essential we raise awareness of SLI so that children and families can get an early diagnosis and get the help they need.”

RALLI has been launched with funding support from:

RALLI’s editor is a speech and language therapist, Becky Clark.