A University of Manchester academic has been chosen as one of 10 winners of BBC Radio 3’s New Generation Thinkers 2012. 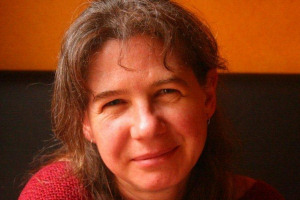 Dr Sue-Ann Harding, from the School of Languages, Linguistics and Cultures, will be part of an elite group of early-career academics who have been identified as having the potential to turn creative ideas into viable programme propositions, and will receive mentoring and advice as well as the chance to shadow presenters and producers.

The group, who were chosen by a judging panel made up of Radio 3 Night Waves producers, BBC Television Arts executives and Arts and Humanities Research Council academics, will be Radio 3’s new generation of resident New Generation Thinkers.

They will make their debut appearance on Radio 3’s arts and ideas programme Night Waves from Monday, 18 June (Mondays to Thursdays, 10.00-10.45pm) when they will each present an idea inspired by their research.

The scheme, now in its second year, received hundreds of applications from early-career academics passionate about communicating modern scholarship to a wider audience. Following a six-month selection process, the final winners were chosen from a group of around 50 finalists, all of whom attended a series of day-long workshops at the BBC in Salford and London.

Having completed her doctoral studies in Manchester in 2009, Dr Harding joined Professors Stephen Hutchings and Vera Tolz on the AHRC-funded Mediating Post-Soviet Difference project as a postdoctoral research associate.  Her research interests include television and media reports of violent political conflict. She looks at how media translate their coverage of conflicts, and how different translations can affect people’s understanding of events. Her first monograph, Beslan: Six Stories of the Siege, will be published by Manchester University Press in autumn 2012. Dr Harding is a co-editor of the online journal New Voices in Translation Studies and St Jerome’s Translation Studies Abstract Online.

Dr Harding said: “I am delighted and genuinely surprised to have been selected from a very fine group of lively, intelligent and engaging people. As a long-time radio enthusiast, I am very much looking forward to the opportunities this scheme provides to become involved with the BBC’s Radio 3 broadcasting programmes of arts and ideas.

“Bringing the knowledge and rigour of my academic work to a wide audience of radio listeners is an exciting challenge and a wonderful opportunity for the exchange and development of ideas. I am very pleased to be able to further develop the skills I have gained at The University of Manchester through my doctoral and post-doctoral research, and am genuinely proud to represent Manchester on national radio.”

Matthew Dodd, Head of Speech programming at BBC Radio 3, said: “Choosing this year's New Generation Thinkers was quite a feat - the quality of ideas was so high. We're looking forward to working with this year’s New Generation Thinkers to turn their ideas into successful broadcasts and to introduce our listeners to a new wave of some of the most interesting academic researchers in their field.”

Prof Rick Rylance, Chief Executive of the Arts and Humanities Research Council (AHRC), added: “The quality of the applications we received yet again demonstrates the depth of talent among the new generation of arts and humanities researchers in the UK and the appetite they have to communicate their knowledge and enthusiasm as widely as possible. The successful 10 were chosen from an exceptionally strong field and it’s going to be exciting to follow their work on air.”