Red Dwarf’s Craig Charles (Lister) will be doing an exclusive Q and A session at the music festival. 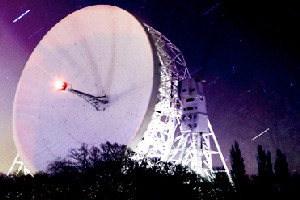 The fantastic Gomez and Jake Evans (Bad Lieutenant) have been added to the musical line up and will perform alongside Graham Coxon, Baxter Dury and Little Barrie.

With full access to the magnificent Discovery Centre included in every ticket, this is a great chance to find out more about the mind-blowing research happening here and discover why stargazing has enjoyed a massive resurgence in the past few years.

In the science arena visitors will be able to:

As well as meeting Jodrell Bank scientists and engineers,  you can also hear about other fascinating research from across The University of Manchester and beyond ...

Tickets £35 (no age restriction) available from:

Coach tickets are available from various pick-up points to buy from:

Full travel information can be found at: