The University of Manchester’s Medical School has appointed Mukesh Kapila as Professor of Global Health and Humanitarian Affairs. 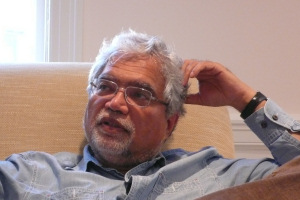 Professor Kapila has extensive experience in the policy and practice of international development, humanitarian affairs, and diplomacy, including human rights, disaster and conflict management, and in global public health.

He is also Special Representative of the Aegis Trust for the prevention of crimes against humanity. Previously, he was Under Secretary General at the International Federation of Red Cross and Red Crescent Societies, the world’s largest humanitarian and development network.

Professor Kapila’s early career was in clinical medicine, primary health care, and public health in the NHS where he helped set up the UK’s first national HIV and AIDS programme at the Health Education Authority, becoming its deputy director. He later joined the UK Foreign and Commonwealth Office’s Overseas Development Administration (later Department for International Department), initially as senior health and population adviser and latterly as the first head of a new Conflict and Humanitarian Affairs Department.

Professor Kapila went on to become the Special Adviser to the United Nations High Commissioner for Human Rights in Geneva and then Special Adviser at the UN Mission in Afghanistan. Later, he led the UN’s largest country mission at the time as the United Nations Resident and Humanitarian Coordinator for the Sudan, and then became a Director at the World Health Organization. In 2003, he was awarded the CBE for his international service and received the Global Citizenship Award of the Institute for Global Leadership in 2007.

Professor Kapila, who will also work with the MAHSC (Manchester Academic Health Science Centre) Global Health Theme and the University’s Humanitarian Conflict Response Institute, said: “What has attracted me to Manchester is its cosmopolitan outlook, its enterprising spirit, and its openness to work across disciplinary boundaries to find innovative solutions to some of the greatest problems that confront our shared humanity. I am honoured to be part of the team.”

Dean and Vice President of the Faculty of Medical and Human Sciences Professor Ian Jacobs said: “I am excited and delighted that Professor Kapila is joining Manchester Medical School and MAHSC. This reflects the development of our effort in global health and our determination to provide an outstanding educational experience for our medical students. Mukesh is internationally recognised for his contribution to and advocacy of human rights and humanitarian issues and it is a privilege to welcome him as a member of The University of Manchester and the Manchester Academic Health Science Centre.”