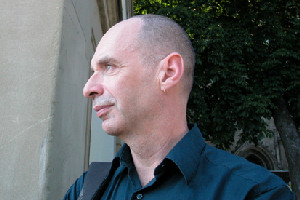 Alan Turing's short and extraordinary life had great consequences for modern computers, for the philosophy of mind, and for the outcome of the Second World War. But all these things, and more, sprang from his innovative work in mathematics.

This talk will illustrate the way that Alan Turing seized on a great range of mathematical ideas and turned them into world-changing discoveries.

To request a space at this event, please complete:

Born in London in 1949, Andrew Hodges is a mathematician, an author and a pioneer of the gay liberation movement of the 1970s.

For the past decades (since 1972), Hodges has focused his research activities on the twistor theory - the new approach to the problems of fundamental physics pioneered by the mathematician Roger Penrose.

Hodges is perhaps best known as the author of Alan Turing: The Enigma, the story of the British computer pioneer and codebreaker Alan Turing. The book was chosen by Michael Holroyd as part of a list of 50 'essential' books (that were currently available in print) in The Guardian, 1 June 2002. He is also the author of works that popularize science and mathematics.

He is a Tutorial Fellow in mathematics at Wadham College, Oxford. Having taught at Wadham since 1986, Hodges was elected a Fellow in 2007, and was appointed Dean from start of the 2011/2012 academic year.