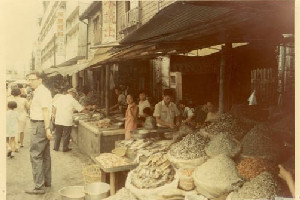 You are cordinally invited to the 2012 China Lecture hosted by the Centre for Chinese Studies and the Confucius Institute at The University of Manchester.

This year’s keynote lecture, Ecologies of Empire; Multicultural Elements in Imperial China, will be delivered by the historian, Professor Peter Perdue (Yale University), chaired by author and broadcaster Martin Jacques and introduced by Jeremy Gregory, head of the University of Manchester’s new School of Arts, Languages and Cultures.

Professor Peter Perdue is the author of China Marches West: The Qing Conquest of Central Eurasia, a detailed analysis of Imperial China’s expansion and development as a multi-national empire. He will be discussing the ideologies underpinning ethnic definition as well as the diversity within systems of production in Qing China in an attempt to connect the cultural and material history of the time.

Martin Jacques is the author of the global bestseller When China Rules the World: the End of the Western World and the Birth of a New Global Order. He is a visiting senior fellow at IDEAS at the LSE, a visiting professor at Tsinghua University, and a Fellow at the Transatlantic Academy, Washington DC.

Light refreshments will be served from 6.30 – 7.30pm on the ground floor. Admission is free.