University of Manchester researchers are beginning work on a prototype device for harvesting energy and clean drinking water from human waste. 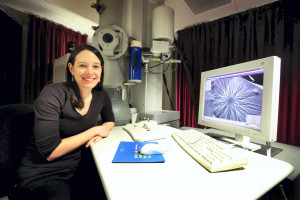 A project from a team of researchers from The University of Manchester, Imperial College London and Durham University beat more than 2,000 other proposals to receive $100,000 funding from the Bill and Melinda Gates Foundation to develop a prototype system for recovering drinkable water and harvesting hydrogen energy from human faecal waste.

The researchers believe the technology could provide an inexpensive device for people in the developing world to generate clean water and energy from waste and a sustainable source of hydrogen energy that could be used to power homes in developed countries.

They say that the device will be portable, allowing installation in homes and remote locations. The technology is based on a porous scaffold that holds bacteria and metal nano-particles. When faecal sludge is filtered through the scaffolding these particles will react with the waste mater to generate the recycled resources. These can either be used immediately or stored for later use.

Bacteria in the device will form part of a process to extract energy and clean water from human faecal waste
The first stage of the project will see the team developing a stand-alone sanitation device, making it easier and cheaper for people in developing countries to adopt the technology where large sewage networks may not exist. Where sewage infrastructure is in place, the technology could be hooked into the system, minimising implementation costs for home owners.

In the long-term, the researchers aim to further develop their device into a ‘pick and mix’ series of recycling units that can extract the types of resources most useful for users such as: electrolytes, used for generating electricity; methane, for energy; and ammonia, which is a widely used fertiliser. The team says their device would be an advantage over other systems currently on the market that can only recover one or two resources at most.

Dr Sarah Haigh, from the School of Materials at The University of Manchester, said: “The phrase ‘off to spend a penny’ is used in polite society to refer to a visit to the lavatory. We plan to turn this essential everyday outgoing into an investment by developing novel materials that convert natural waste into a useable resource.

"This technology will be particularly important for remote locations in developing countries and will have the added benefits of reduced pollution and lower waste disposal costs. It is exciting to be working in this interdisciplinary team and demonstrates the importance of combining different expertise to reach a common goal.”

The researchers plan to have a prototype ready to demonstrate by 2013. The project team and the concept were a product of a recent Engineering and Physical Sciences Research Council "Inspire in the Physical Sciences" workshop.