India’s Bollywood stars have turned to new media in huge numbers to be closer to their fans as part of a radical transformation of the industry in its quest for greater audiences. 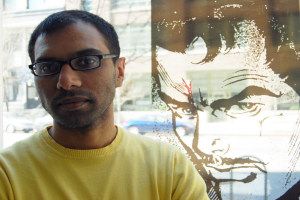 In a new book Dr Rajinder Dudrah, from The University of Manchester, describes how Bollywood megastars such as Amitabh Bachchan, Priyanka Chopra and Shahrukh Khan are amassing millions of followers on Twitter.

The book charts how they are now using social media to highlight public issues such as corruption as well as offering their fans greater access.

Also ringing the changes are Bollywood stars’ participation in computer games – linked to the movies they are currently starring in and the relatively new medium of voice blogging.

The transformation is so important, argues Dr Dudrah, that Bollywood is increasingly becoming a major source of Indian soft power – a state’s ability to further its interests through cultural and social means.

Dr Dudrah pioneered the first course on Bollywood in the UK at the University’s School of Arts, Histories and Cultures.

His book 'Bollywood Travels: Culture, Diaspora and Border Crossings in Popular Hindi Cinema' (Routledge), out this month, follows three others published since the beginning of the year.

He said: “Bollywood stars are nowadays ‘uberpresent’: Amitabh Bachchan, possibly the world’s most popular film star in any genre, has more than two and half million followers.

“This in a country where despite it’s phenomenal growth in recent years, many people, especially in rural areas, still do not have access to telecommunications.

“And what’s amazing is that stars like Bachchan are using social media to approach difficult issues such as corruption, the cast system, and the role of women.”

According to Dr Dudrah, when anti-corruption campaigner Anna Hazaree went on hunger strike, it was the tweets of Bollywood stars which also helped to send the story global.

Dr Dudrah added: “Within minutes of hearing the news, Bollywood’s stars sent the word via social media and the story became massive news across the world.

“Without the tweets of Bollywood and others, the West would probably not have reported this story so extensively.”