Social media ‘not to blame’ for inciting rioters

A study of 2.4 million Twitter messages from the time of the riots has found that politicians and other commentators were wrong to claim the website played an important role in inciting and organising the disturbances. 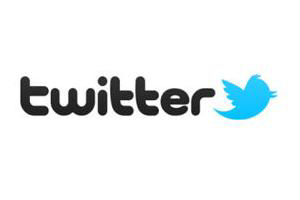 A multidisciplinary team led by Professor Rob Procter from The University of Manchester in a JISC funded study found that instead, Twitter was a force for good, helping to mobilise the post-riot clean up.

It is published today (8 December) in the Guardian newspaper as part of its Reading the Riots investigation.

Professor Procter, who is based at The University’s Manchester e-Research Centre, said: “In August this year, social unrest spilled over onto the streets of English cities and the summer riots were the largest public disorder events in recent history.

“Politicians and commentators were quick to claim that social media played an important role in inciting and organising riots, calling for sites such as Twitter to be closed should events of this nature happen again.

“But our study found no evidence of significance in the available data that would justify such a course action in respect to Twitter.

“In contrast, we do find strong evidence that Twitter was a valuable tool for mobilising support for the post-riot clean up and for organising specific clean up activities.”

Also according to the research team, rumours 'break' quickly in Twitter and the mainstream media lag behind citizen reports.

Examples include rumours the London Eye had been set on fire and animals had been released from the London Zoo – which both turned out to be untrue.

Other stories turned out to be true such as the burning down of a Miss Selfridge shop in Manchester.

Professor Procter added: “Only after a period of time does the influence of mainstream media organisations become critical for determining a rumour's credibility.

“But we do find the mainstream media is perfectly capable of picking up and publishing unverified information from social media without adhering to the usual standard of fact checking.

“Consequently, some stories of this nature, though never verified, go unchallenged.”

The research team of the Universities of Manchester, Leicester, St Andrews, Wolverhampton and UCL, draws on the expertise of a wide range of disciplines within the social sciences and computer science.

The analysis of messages exchanged on Twitter during the riots was undertaken through a larger, JISC funded project called NeISS: National e-Infrastructure for Social Science Simulation.

The NeISS project aims to introduce social scientists to new ways of thinking about social problems.

Dr Torsten Reimer, the JISC programme manager responsible for NeISS, said: “The influence of social media on society is growing rapidly so we need a much better understanding of their impact on people's lives.

“In the case of Twitter this means analysing gigantic amounts of data, constantly created by millions of people, - a task that requires new tools and methods, supported by a broader digital infrastructure for research.

“We are pleased that we had the chance to support the NeISS project team working in collaboration with the Guardian to demonstrate how this infrastructure can be used to understand what happened during the riots in August."