University of Manchester swimmer Rebecca Guy has won gold at the Canada Cup meeting in Toronto. 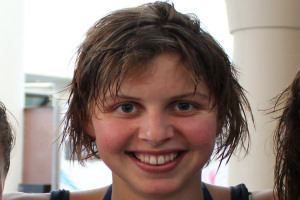 The Philosophy and Spanish student was part of the 4x100m individual medley squad which stormed to victory.

It rounds off a highly successful 2011 for Rebecca - the Olympic hopeful recently scooped a hat trick of golds at the British Gas ASA National Youth Championships, and now has her sights firmly set on making the British team for London 2012.

Rebecca, originally from Bristol, is entering her second year at Manchester studying Philosophy and Spanish. She swims for the City of Manchester Girls team based at the Manchester Aquatics Centre on Oxford Road.