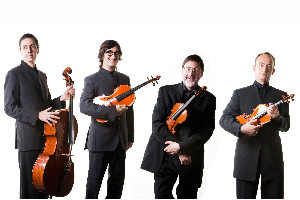 To launch their autumn season at the University, two of the most tuneful and enduringly popular works in the repertory: Haydn’s ‘Emperor’, with its famous variations on the Austrian national anthem, and Dvořák’s irresistible ‘American’.

This performance will be followed at 2.30pm by a seminar in which Professor Barry Cooper’s reconstruction of the original slow movement of Beethoven’s String Quartet in G, Opus 18 Number 2, will be played by the University’s resident string quartet Quatuor Danel.

FREE – no need to book, just turn up.