Road closures in the city centre

Details of routes affected by the TUC march and rally and the Conservative Party Conference. 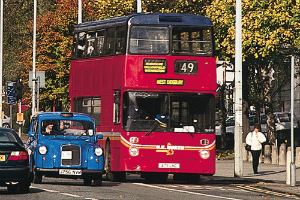 The TUC is organising a major march and rally on Sunday 2 October in Manchester city centre.

The marchers will assemble in Liverpool Road from 11am before setting off at 1pm along Deansgate, John Dalton Street, Princess Street, Portland Street, Oxford Street, Hall Street, Bale Street, Lower Mosley Street, Albion Street, and Medlock Street. The march will end with a rally at Number One First Street from approximately 3pm until 5pm.

Public transport and a number of roads within the city will be affected by this event and road closures and traffic diversion plans will be in operation on the day.

In addition, the Conservative Party Conference will take place at Manchester Central from Sunday 2 October until Wednesday 5 October.

There will be a number of road closures in the area around the venue from Tuesday 27 September until Thursday 6 October. Full details of the affected routes are available here:

All roads will re-open on Friday 7 October.