An international music event which simultaneously spans two continents is to mark the tenth anniversary of 9/11. 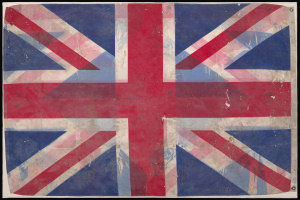 An international music event which simultaneously spans two continents is to mark the tenth anniversary of 9/11.

The two specially written works by Dr Kevin Malone, Head of Composition at The University of Manchester, will bring together Britain and America in an act of international solidarity to remember the victims of 9/11, ten years to the day after the tragedy.

The 45-minute public event — which is the brainchild of Dr Malone — will be held at Imperial War Museum North (IWMN) in Greater Manchester and Wake Forest University’s Wait Chapel in North Carolina.

The two venues will be connected by live audio-video transmission displayed at both sites.

The event is part of the Imperial War Museum’s programme in both Manchester and London to mark the anniversary. A British Union flag recovered from Ground Zero among the wreckage of the World Trade Centre will also go on public display at the Museum, for the first time, ahead of the performance.

The second premiere will be Angels and Fireflies, played by members of the Winston-Salem Symphony Orchestra and other regional professional musicians with Tadeu Coehlo, solo flautist, in North Carolina.

E Pluribus Unum - the motto "Out of Many, One" embossed on US currency - focuses on the United 93 crash in Shanksville, Pennsylvania on 9/11 and uses recorded eyewitness statements as instruments during the performance.

Angels and Fireflies was inspired by the striking appearance of a swarm of fireflies over the United 93 crash site at night on the fifth anniversary of the downing of the plane by its passengers.

Dr Malone, an American living in Manchester, also wrote a choral work called Gently Tread which was performed at the site where United Flight 93 crashed at Shanksville, Pennsylvania on the fifth anniversary.

He said: “The artists for this musical event were drawn from different parts of the world to symbolise a sense of international solidarity as we recall the depth of this tragedy. The vast majority of those killed were civilians, including the nationals of over 70 countries. 3,000 people were killed including the loss of 67 British lives.

“As an American in Manchester I feel that this tragedy resonated with me more than any other event since I moved to England in the 1980s. I felt there had to be a response which included orchestras, soloists and voices, to portray the range of emotional responses that the world had.

“In creating this musical event, I thought about another tragedy, that of the suffering endured by the people of Manchester during the American Civil War in the 1860s.  The people of Manchester wrote a letter to President Abraham Lincoln, expressing their sorrow at the struggle America faced in abolishing slavery, and how the collapse of cotton exports from the American South to Manchester plunged many citizens into poverty.

"Lincoln responded in 1863 with a letter expressing his regret at how the war had caused such deprivation, and he extended his sympathy to the people of Manchester.

“This musical event includes a belated response to Lincoln's letter, from Sir Howard Bernstein, Chief Executive of Manchester City Council, offering his sympathy and solidarity at a time when America remembers its victims and the suffering relived by communities.

"Shanksville, Pennsylvania, where United Airlines Flight 93 crashed, is reliving the suffering and turmoil as we head toward this tenth anniversary.  Therefore, these two orchestral compositions are my offering to them and the world as we seek to reheal wounds revisited.”