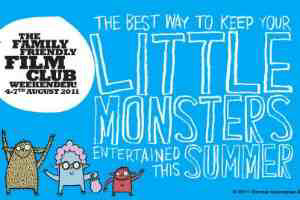 The Manchester Museum is home to a T.rex, live amphibians, stuffed animals and objects from different cultures. So where better to watch short family-friendly films such as Dinosaurs and aliens, Fishy tails, Pets and Mozart in China? You can also take part in hands-on activities, such as making a fish or a bug.

Look out for a special twilight screening of Studio Ghibli's Ponyo - a 2008 Japanese animated fantasy film written and directed by Hayao Miyazaki of Studio Ghibli, inspired by Hans Christian Andersen's fairy tale The Little Mermaid. The plot centres on a goldfish named Ponyo who befriends a five-year-old human boy, Sosuke, and wants to become a human girl.

All other screenings: Drop-in, free

To find out more: