London 2012 Games most risk-aware in history

London 2012 has put more effort to averting catastrophe than any other Olympic Games in history, according to an independent expert. 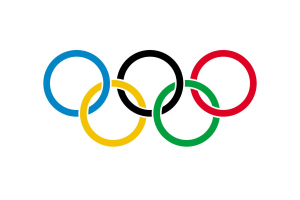 Dr Will Jennings from The University of Manchester has assessed the state of play exactly a year before Britain’s biggest ever sporting event takes place.

The Economic and Social Research Council (ESRC) funded project identified the risks and challenges faced by the Olympics organisers and studied the measures put in place to combat them.

However, the success of London 2012 can still be derailed by uncertainties relating to the performance of the transport system during the Games, the threat from terrorism and cyber attacks.

Legacy planning could also be sidetracked, says Dr Jennings, by more immediate concerns with the fast-approaching deadline of the opening ceremony on 27 July next year.

Dr Jennings has compiled a history of Olympic organization dating back to 1896 to understand how things can go wrong in relation to areas such as security, finance, politics and Games-time operations – as well as exploring the different sorts of measures that organizers put in place to manage these risks.

He said: “Risk-based thinking has been more extensive than ever before in preparations for London 2012, with risk management practices found across all aspects of the Olympic programme.

“But while London 2012 might be said to be a risk-based Games, these measures cannot guarantee that they will pass without minor or serious incident.

“Even for good risk management there is such a thing as bad luck.

“This extensive risk-based thinking across the whole of the Olympic programme builds upon measures put in place at the Vancouver 2010 Winter Olympics and contrasts strongly with small teams created within organising committees to manage risk at Olympic Games during the 1980s and 1990s.

“Overall, there is some optimism for London 2012 in view of the relative absence of political risk so far, despite the initial furore over the original budget estimates.”

He added: “However, as recently as February 2011, the National Audit Office reported that the final cost of the Games to the British taxpayer was “inherently uncertain”-  so risks remain as pronounced as the prospective rewards.

“So with little more than a year to the start of the Games, uncertainties and risks remain a live issue across the Olympic programme.”

Authorities engaged in the management of Olympic risks include the Cabinet Office, the Government Olympic Executive, the Olympic Delivery Authority, the London Organising Committee of the Olympic and Paralympic Games (LOCOG), the Home Office and the Metropolitan Police, the Greater London Authority and the Olympic Park Legacy Company.

Examples of hazards, disasters and crises at past Olympics include: