A University of Manchester historian researching a forgotten band of women, who established birth control clinics in working class communities during the 1920s, says their work should be recognised. 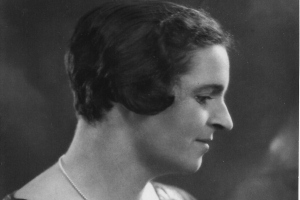 Dr Clare Debenham argues the volunteers probably saved the lives of many mothers in the interwar years, during a time of rising maternal mortality.

The campaigners, who overcame bitter and sometimes intimidating opposition from the medical establishment, politicians and the Catholic church pioneered what became a statutory right for women across the UK.

Most of the women have faded into obscurity and according to Dr Debenham only the charismatic Marie Stopes is commonly remembered.

However, over a hundred of ordinary women, she says,  were involved in the setting up and running of voluntary birth control clinics.

Dr Debenham, whose research on the birth control movement formed the basis of her PhD, is based in the School of Social Sciences.

She said: “These brave and pioneering women did so much to protect and enhance the lives of working class women in what were incredibly dangerous times to give birth.

“They also gave women more control of their own fertility -a hugely significant achievement.

“They have been hidden from history but now it’s time for their contribution to be recognised.”

Supporters of the birth control movement included Ellen Wilkinson, former University of Manchester student and one of the first women MPs.

Though middle class women could pay for birth control advice from their doctors, it was not affordable for working class mothers.

According to Dr Debenham, one of the first voluntary clinics giving free advice was started in 1926 by Charis Frankenburg and Mary Stocks in the heart of a poor district in Salford.

By the end of the 1920s, there was a network of 11 birth control clinics in England and Scotland – though the organisers wanted the state to take provision.

In 1931 Manchester was the first council in the country to run clinics, but the initiative was not followed by other local authorities.

Dr Debenham said: “By 1939, two-thirds of local authorities had not taken any action at all and it was left to the sixty-six voluntary clinics to provide a service.

“It was not untill 1972 that the NHS played an active role in birth control provision for women.”

She added: “Though the volunteers came from all walks of life and had a broad range of political views, their inspiration was solidarity between mothers.

“The successful campaign for the vote had raised expectations amongst women’s groups but many soon realised that legal changes were not enough to change the lives of working class mothers.

“They fought the establishment’s view that working class women were not clever enough to understand how to use contraception.”

Though early critics claimed the clinics would encourage immorality, they in fact would only accept women who already had children.

She said: “Some women had over eleven children so because of health or economic factors,  they did not want to risk having any more children.

“They wanted to take the lead in contraceptive decisions rather than leaving it to their husbands.”