Putting sunshine in the tank

Scientists from The University of Manchester are working on how to use the energy of the Sun to make fuels, which could help to solve the world’s escalating energy crisis. 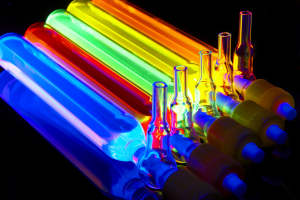 Working with the Universities of East Anglia, York and Nottingham and using nanotechnology 100,000 times smaller than the thickness of a human hair, the researchers are working on harnessing the vast energy of the Sun to produce clean fuel.

The scientists are presenting their research at the Royal Society’s annual Summer Science Exhibition which opens today.

Members of the consortium at UEA have already found a way to produce hydrogen from water.  A revolutionary future use of this technology could be to make the fuel for hydrogen-powered cars, rather than making it from fossil fuel.

Now the scientists are aiming to use the same technology to create alternatives for other fuels and feedstock chemicals, including turning methane into liquid methanol and carbon dioxide into carbon monoxide.

The sun’s potential is vast – just one hour of sunlight is equivalent to the amount of energy used over the world in an entire year – yet no one has yet tapped into its immense power to make fuels.

Professor Wendy Flavell, from The University of Manchester’s Photon Science Institute, and her colleagues are working to create a solar-nano device using ‘quantum dots’ – tiny clusters of semiconducting material which absorb sunlight.

When sunlight is absorbed, carriers of electric current are created.  Together with catalyst molecules grafted to the surfaces of the dots, these create the new fuel – for example hydrogen can be produced from water.  Professor Flavell said: “Our sun provides far more energy than we will ever need, but we use it really inefficiently.

“To make better use of the fantastic resource we have in our Sun, we need to find out how to create solar fuel that can be stored and shipped to where it is needed and used on demand.

“Most hydrogen so far is obtained from fossil fuels, which are of course not going to last for ever, so it is important to get energy from renewable sources.“One of the key questions is: ‘what do we do when the sun goes down, what happens at night?’ If we can store the energy harnessed from the sun during the day then we will have supplies ready to use when the sun is not shining.

“This is a first step in taking the vast power of the sun and using it to provide the world’s fuel needs.”

At the exhibition, Professor Flavell and her team will be displaying an interactive world map which will show children and other visitors just how much energy the Sun provides.

There will also be a chance to see the quantum dots at work, and show how, simply by changing the size of the dots, the colour of light they absorb or give out can be changed.

A solar cell that produces hydrogen directly from the electricity generated will also be on display and there will be a chance to race solar-powered and hydrogen-powered model racing cars.

Professor Chris Pickett of the University of East Anglia said "Creating catalytic devices which harvest light energy using quantum dots, or photovoltaic materials  to drive the formation of synthetic fuels from water or carbon dioxide can be viewed as artificial photosynthesis.

“Globally, chemists, physicists and materials scientists are coming together to work on artificial photosynthesis to get to a stage where we can viably make clean, green fuels"

Professor Robin Perutz of the University of York said:"This is the most challenging scientific project I have ever been involved in, but it will be the most rewarding if we can bring it off. It's no use sitting back and hoping that someone else will work out how to harness the Sun's energy. This technology could revolutionise our energy usage in the coming decades."