A GPU Club presentation on Friday 15 July (2pm) in the John Casken Theatre, Martin Harris Centre for Music and Drama. 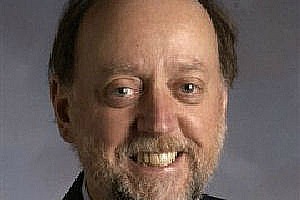 Graphics Processing Units (GPUs) are fast becoming an option for undertaking intensive computational research without having to buy expensive computers with fast interconnects. The 100+ people at each University GPU Club pays testament to the interest in this area, but what are the barriers to using GPUs for High End Computing (HEC) and how will we overcome them?

Hardware is only part of the issue: how to program new hardware efficiently will increasingly be key.

Professor Jack Dongarra, Director of the Innovative Computing Laboratory at the University of Tennessee and Turing Fellow at The University of Manchester, has been bestowed with numerous prestigious awards in the fields of HEC and numerical libraries, including IEEE Medal of Excellence in Scalable Computing, SIAM SIG Supercomputing Career Achievement and the 2011 IEEE IPDPS Charles Babbage Award. He is a Fellow of the AAAS, ACM, IEEE and SIAM. The GPU Club is a cross cutting initiative bringing people together from across the Manchester Informatics Computational Science themes to share ideas and experiences in order to undertake more effective research.

This meeting will take place on Friday 15 July 2011 in the John Casken Theatre, Martin Harris Centre for Music and Drama.