June saw the fourth annual staging of the Research to Enterprise Summit at University Place to a large audience of researchers from across the University with another selection of interesting enterprising speakers. 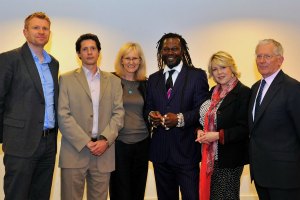 The event, organised by Manchester Enterprise Centre, is part of a complimentary series of activities including workshops, mentoring and an annual enterprise school to encourage researchers at the university in all faculties to be more enterprising.