The University of Manchester has been awarded the ‘Cauldron Local Organisation Hero Award’ for its efforts to promote vegan and vegetarian options on campus during National Vegetarian Week. 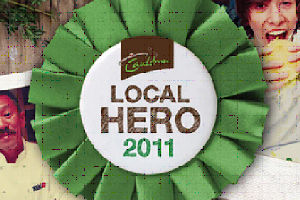 The award, now in its second year, is given by the Vegetarian Society. There were several organisations on the shortlist, but the  Society selected the University as the winner because of its tremendous efforts during the week, which included:

The University won the award jointly with Radisson Edwardian Hotels, who introduced a special vegetarian menu at 11 of their hotels to celebrate the week.

The Vegetarian Society will contact the University shortly to arrange the presentation of the award, which will comprise a special trophy, a hamper full of vegetarian goodies and the right to boast about their brilliant achievement!

You can read more about the award and the winners online at: