Two University of Manchester professors have been awarded OBEs in the Queen’s Birthday Honours. 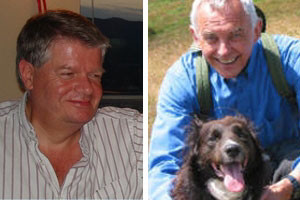 Both Professor Richard Davis, from the Jodrell Bank Centre for Astrophysics, and Professor Ian Kimber, Professor of Toxicology, were given the honours for services to science.

Professor Davis has worked at Jodrell Bank since he arrived in 1971 as a postgraduate research student and has been a member of academic staff since 1978.

He is now project scientist for the iconic Lovell Telescope at Jodrell Bank, taking responsibility for advising on upgrades which keep it at the cutting edge of research.

Most recently his work has focused on the Planck spacecraft – a space mission to study the Cosmic Microwave Background, the remnant radiation from the Big Bang.

He is the United Kingdom's Principal Investigator for the Low Frequency Instrument (LFI) on board Planck.

Over the course of his career, Professor Davis has published more than 150 papers in scientific journals, a number which is set to increase rapidly as the results from Planck begin to appear.

In addition to his research, Professor Davis has been for many years an enthusiastic teacher of physics in the University's School of Physics and Astronomy. He has taught courses across a wide range of physics and astrophysics and has supervised many undergraduate and postgraduate students.

Professor Davis is now leading the UK's LFI Post-Launch Support phase of the mission. This involves monitoring and analysis of the spacecraft instruments and remote in-flight tuning to optimise their performance.

He said: “I was absolutely delighted when I received the letter from the Cabinet Office saying the Prime Minister wished to forward my name to the Queen. In fact I had to ask my son to check it for me because I was somewhat beside myself.

“Of course this is a great honour for me personally but I must say that this work has only been made possible through the efforts of a first-rate group of colleagues and friends here at Jodrell Bank.

“It is a pleasure to work with them. I would also like to thank the University and the Science and Technology Facilities Council for their continued funding of this research.”

Professor Kimber is currently Professor of Toxicology and Associate Dean for Business Development in the Faculty of Life Sciences. Prior to that he was Head of Research and Principal Fellow at the Syngenta Central Toxicology Laboratory.

He has broad research interests based around immunotoxicology, including:  the characteristics of allergy caused by chemical, drugs and proteins; cutaneous immune responses and the roles played by Langerhans cells; functional subpopulations of T lymphocytes and the development and evaluation of novel approaches to safety assessment..

Professor Kimber holds, and has held, a variety of positions on national and international expert and scientific advisory committees. These include the UK Medical Research Council (MRC) Training and Career Group, Special Advisor to the MRC on Industrial Liaison, UK Medicines and Healthcare products Regulatory Agency (MHRA) Committee for Safety of Devices, Programme Advisor Food Standards Agency Food Allergy and Intolerance Research Programme, member of the Executive Committee of the MRC Centre for Drug Safety Sciences. He is also Chair of the UK National Centre for the Replacement, Refinement and Reduction of Animals in Research (NC3Rs).

He has published over 550 research papers, review articles and book chapters and serves currently on the editorial boards of toxicology, immunology, dermatology and pathology journals.

In 2002 he was invited to present the fourth FRAME Annual Lecture: Reduction, Refinement, Replacement: Putting the Immune System to Work. In 2010 Professor Kimber received the Bo Holmstedt Memorial Fellowship Award and Lecture at the International Congress of Toxicology.

He said: “It was a real surprise, a real honour, and very exciting to have been awarded an OBE.

“It has also been a great pleasure to have received messages of congratulation from colleagues within and outside The University of Manchester.”