Kostya Novoselov is made a Fellow of the Royal Society

Professor Konstantin ‘Kostya’ Novoselov, who along with his friend and colleague Professor Andre Geim discovered wonder material graphene, has been made a Fellow of the Royal Society (FRS). 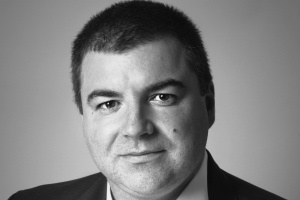 The honour is awarded to the most eminent scientists across the UK and the Commonwealth and Professor Novoselov joins Professor Geim, who was made a FRS in 2007

The pair discovered graphene, the world’s thinnest material, in their laboratory at The University of Manchester in 2004 by peeling tiny layers from a stick of graphite.

They were also first to investigate into the remarkable properties of this material, which might one day become the platform for a large number of applications ranging from composite materials to electronics.

Known universally as Kostya, he first worked with Professor Geim as a PhD student in the Netherlands.

He subsequently followed his former mentor to the United Kingdom, joining Manchester as a Royal Society University Research Fellow. Both of them originally studied and began their careers as physicists in Russia.

Professor Novoselov said on his fellowship: “I am extremely proud to have been elected to be as a Fellow of the Royal Society.

“Four years ago I received a Royal Society University Research Fellowship and I am extremely grateful to the Royal Society for supporting my research over the years. However, I could not expect to become a Fellow myself still within the duration of my project.

“It is one of the highest honours that a scientist can receive and it is wonderful to have been given this recognition for my work.

“The honour is not just for me but also for all of my colleagues and friends who worked so hard alongside Andre and me in creating graphene.”

Graphene is a two-dimensional layer of carbon atoms that resembles chicken wire.

Since its discovery, Professors Geim and Novoselov have published numerous research papers in prestigious journals such as Science and Nature, which have demonstrated the exquisite new physics for the material and its potential in novel applications such as ultrafast transistors just one atom thick – making it a potential successor to silicon – and sensors that can detect just a single molecule of a toxic gas.

Professor Dame Nancy Rothwell, President and Vice-Chancellor of The University of Manchester, said: “I am proud of each and every one of our Fellows of the Royal Society, and am delighted that Kostya has been elected to join that list.

“What he has achieved at such a relatively young age is truly remarkable and testament to his dedication and his genius.

“This is a richly-deserved accolade for Kostya and I hope it inspires him to keep on producing research of the highest quality as he has done throughout his career.”

Sir Paul Nurse, President of the Royal Society said: “It is a true pleasure to welcome this year’s new Fellows to the Royal Society. They join the ranks of the UK and Commonwealth’s leading scientists, counting themselves among early Fellows such as Isaac Newton, Robert Boyle and Charles Darwin.

“The Society aims to expand the frontiers of knowledge by championing the development and use of science, mathematics, engineering and medicine for the benefit of humanity and the good of the planet. It is the contribution of excellent individuals such as these which makes this possible.”

The new Fellows come from universities and institutions across the UK. This year sees five women elected to the Fellowship.

For a full list of the new Fellows, and for further information, please contact the Royal Society press office. A full list of new Fellows and Foreign Members is available online at http://royalsociety.org/about-us/fellowship/new-fellows-2011