The Government should impose an immediate moratorium on the extraction of natural gas from the UK’s shale formations until all the ecological implications are fully understood, University of Manchester scientists have warned. 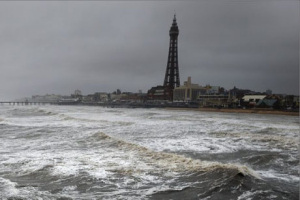 The report, commissioned by The Co-operative and written by the internationally-respected Tyndall Centre, part of The University of Manchester, the paper highlights evidence from the US, which suggests shale gas extraction brings a significant risk of groundwater contamination.

Moreover, the exploitation of gas shales is bringing new greenhouse gas sources into play and even a mid-range extraction scenario could see carbon dioxide levels rise globally by some 5 parts per million by 2050. This will further reduce any slim possibility of maintaining global temperature changes at or below 2oC and thereby increase the risk of entering a period of ‘dangerous climate change’.

The report concludes that until a sufficient evidence base is developed a precautionary approach to development in the UK is the only responsible action.

With conventional natural gas reserves declining globally, shale gas has emerged as a potential significant new source of “unconventional gas”. In the United States, production of shale gas expanded five fold between 1990 and 2008 and it is predicted that production will expand further to meet a significant proportion of US gas demand in the next 20 years.

The rapid growth of shale gas production in the US has raised interest in the UK, with a number of businesses beginning activities particularly on the Fylde coast of North West England.

In large measure this expansion is possible because of the new technologies of horizontal drilling and hydraulic fracturing, which make shale gas extraction more cost effective.

The Report raises serious questions about environmental and human health risks, which include:
•    The release, globally, of significant quantities of greenhouse gases into the atmosphere;
•    Potential groundwater contamination associated with chemicals used in the hydraulic fracturing process and the mobilisation of heavy metals and hydrocarbons.
•    Resource issues including abstraction of significant quantities of water for hydraulic fracturing processes and land use.

The report also looks at the explicit implications of exploiting shale gas within the UK which is likely to give rise to a range of additional challenges, including:

•    The UK is densely populated and consequently any wells associated with shale gas extraction are likely to be relatively close to population centres.
•     The proximity of such extraction will give rise to a range of local concerns including noise pollution, high levels of truck movements and considerable land use demands.

Neville Richardson, Chief Executive of The Co-operative Financial Services, said: “On the face of it new natural gas finds appear to be good news, but this important report highlights the significant gaps in our knowledge when it comes to understanding the impacts of shale gas extraction.

“That is why we are calling for a moratorium on any further exploitation of shale gas which will allow the wider environmental concerns to be fully exposed and addressed.”

“Our members have been fully supportive of our on-going Toxic Fuels campaign in   which we have highlighted the issues associated with tar sands, and as a responsible institutional investor we will continue to engage with energy companies in order to ensure they act responsibly and work to support the development of sustainable energy sources.”

Kevin Anderson, Professor of Energy and Climate Change at the Tyndall Centre, University of Manchester, said: “In an energy hungry world any new fossil fuel resource will only lead to additional carbon emissions. In the case of shale gas there is also a significant risk its use will delay the introduction of renewable energy alternatives. Consequently, if we are serious about avoiding dangerous climate change, the only safe place for shale gas remains in the ground.”