The University of Manchester dominates a new guide to the 100 most important people in British science, with three academics listed in the top ten. 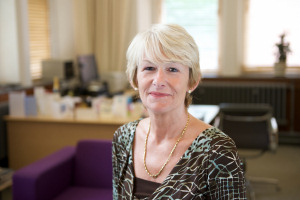 Eureka, The Times’ monthly science magazine, has celebrated its first anniversary with the inaugural Eureka 100 - a list of the most important contemporary figures in British science.

Professor Sir John Sulston, Nobel Laureate and architect of the Human Genome Project, is at number six; Professor Andre Geim, who won the Nobel Prize for physics this week, is at number nine and neuroscientist Professor Dame Nancy Rothwell, President and Vice-Chancellor of The University of Manchester, completes the top ten.

The University is also represented elsewhere in the list by Professor Brian Cox, particle physicist and broadcaster, who is listed at number 22.

The Top 100 is headed by Paul Nurse, President-elect of the Royal Society.