Foundation Day to be marked by tribute to Professor Alan Gilbert

The sixth anniversary of the University’s inauguration by Her Majesty the Queen is to be marked with a tribute to the late Professor Alan Gilbert on Wednesday, October 20. 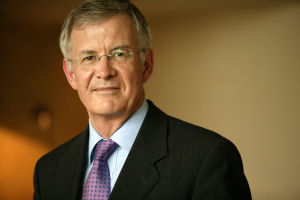 The 2010 Foundation Day Lecture, which was due to be delivered by Professor Gilbert, will be replaced by a special tribute event to honour his contribution to the University and Higher Education generally.

Norman Askew was the inaugural Chairman of the Board of Governors (2004-2010) and Rory Brooks is a leading philanthropist.  The Rory and Elizabeth Brooks Foundation funds the University’s Brooks World Poverty Institute, an international centre of excellence established to create and share knowledge to end poverty.

Professor Jamilur Reza Choudhury was the First Vice-Chancellor of Brac University in Bangladesh and American economist Professor Thomas Schelling was awarded the 2005 Nobel prize for Economics for enhancing our understanding of conflict and cooperation through game-theory analysis.

The tribute and Honorary Degree Ceremony will be webcast live.

The timings and venues for the Foundation Day are as follows:-