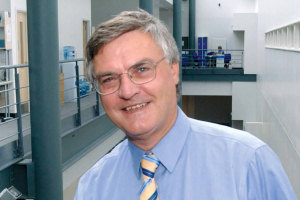 Alan is recognised as a world leader in his field of molecular physiology and pharmacology, with many significant discoveries and accolades to his name, and he has played important leadership roles in national and international research activities. He has maintained an internationally renowned research programme throughout his appointment in Manchester.

Alan joined the University in July 2004 as the inaugural Vice-President and Dean of the Faculty of Life Sciences, a role he continued for four years. From 2006, he has also held the Deanship of the Faculty of Medical and Human Sciences. In this unprecedented leadership role, he has been key to the establishment of the two faculties. Both have enjoyed remarkable academic growth and development during his stewardship, have recruited leading academics, established new research centres and demonstrated success in research and teaching. He also served as the inaugural Director of the Manchester Academic Health Science Centre, the major strategic partnership between the University and the six most research active NHS trusts in Greater Manchester.

We are indebted to Alan for his many contributions to the University as an internationally acclaimed researcher, teacher, and as a Vice-President and Dean.

The University will initiate an international search to appoint a new Vice-President and Dean of the Faculty of Medical and Human Sciences.