Timetable for issue of letters to staff 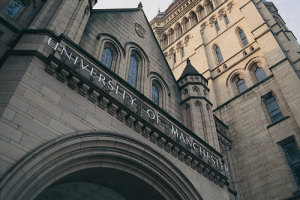 Further to Karen Heaton’s notification in eUpdate on 26 August that agreement on pay and grading had now been concluded with all campus trade unions, I can inform you that letters will be issued to staff according to the following timetable:

Payment of arrears to green circled staff will be made in the month following the issue of the letter. It is planned therefore that all letters will be issued by February 2011 and arrears paid by March 2011.

A more detailed timetable will be issued shortly in which we will set out the precise timetable for the issuing of letters for non-Faculty areas in October and November.

The process for the issuing of letters and the calculation of salary arrears for green circled staff is a large and complex exercise which requires careful attention to tax, National Insurance and pension contributions for those staff eligible for arrears. Under normal circumstances tax is calculated at the time of payment. However, as the arrears relate to an equal pay review, the University has secured agreement from HMRC that the tax can be calculated as it would have been at the time it was earned. This ensures that green circled staff have no greater tax liability than they would have done had the re-grading been implemented on the date it takes effect.

Staff eligible for arrears as a result of changes to the pay structure (i.e. number of increments) at Grades 2 and 3 will receive their payments by June 2011. The reason for the longer time scale for this category is that there are several hundred staff potentially eligible for a payment.

Please note that details of the Final Agreement and associated appendices can be viewed at:

The implementation date for the agreement is 1 September 2010.