Trams running every 12 minutes between Altrincham and St Peter's Square 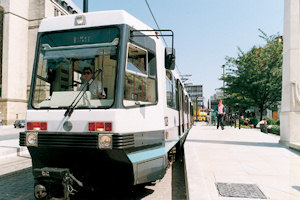 Metrolink services on the Altrincham line are now operating in full, following the completion of work to repair damage to overhead power equipment between Timperley and Navigation Road.

Services to two stops - Altrincham Interchange and Navigation Road - had been suspended following a mechanical fault on Wednesday 2 September, but trams are now running on the full length of the line to St Peter's Square every 12 minutes.

Following the difficulties experienced by Metrolink passengers on sections of the Altrincham and Eccles lines last week, Metrolink and replacement bus services on those lines were free from the first tram on Thursday 3 September until the close of service on Sunday 6 September.

Weekly, four-weekly or season ticket holders can claim a refund for travel on the lines during that period by writing to:

A copy of the ticket and the ticket holder's name and address should be included.