Professor John Perkins, Vice-President and Dean of the Faculty of Engineering and Physical Sciences, is to leave the University next month to take up a new post as Provost of the Masdar Institute of Science and Technology in Abu Dhabi *. 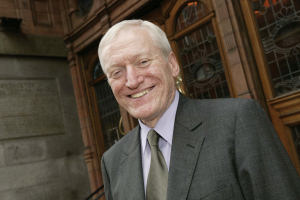 Professor Perkins has played a major role in establishing the Faculty of Engineering and Physical Sciences, which now has a student population of 8600 (with 27% postgraduate) and employs around 2000 staff.

During his tenure as Dean, Professor Perkins has overseen a dramatic growth in the quality, breadth and volume of research activity in the Faculty, as evidenced by the performance in the recent 2008 Research Assessment Exercise and the 71% growth in research income since October 2004.

Commenting on the announcement, Professor Alan Gilbert, President and Vice-Chancellor of The University of Manchester, said:

“We congratulate John on his new appointment which offers a chance to lead an energy and environmental research and postgraduate education Institute in a pristine net zero carbon city.

“We also thank him for all his hard work and leadership in establishing the Faculty – and the University - as a major global player in the fields of Engineering and the Physical Sciences and a world leader in the field of Nuclear Engineering”.

“During the five years I have spent in Manchester, as a part of the team building the new University, I have been extremely fortunate to work with so many talented and supportive colleagues, both within and outside the Faculty.

“Of course I am looking forward to the challenge of playing a part in the formation of a new Institute of Science and Technology in MASDAR city, but I will always remember with affection my time at Manchester.”

Professor Perkins will take-up his new appointment at the Masdar Institute of Science and Technology on 1st June 2009.