Our University’s response to USS consultation

A message from Adèle MacKinlay, Director of People and Organisational Development on our staff consultation on Universities Superannuation Scheme (USS) 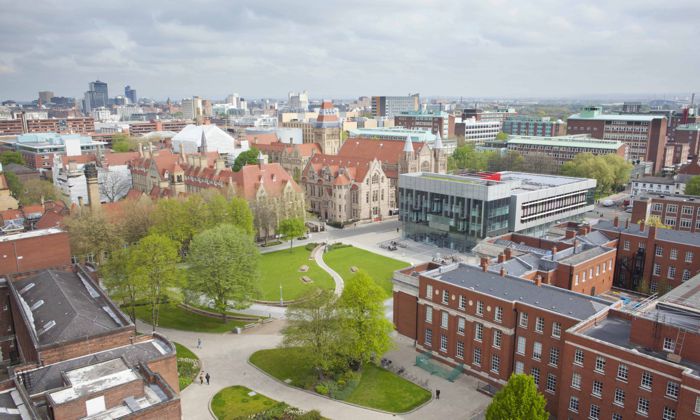 I’d like to thank those of you who took the time to take part in the Universities Superannuation Scheme (USS) consultation. I want to assure all affected staff that this feedback has been taken into consideration as we continue to work hard with all those who are responsible for the scheme, to secure a pension scheme that provides retirement benefits, is affordable to all members and remains sustainable for the future.

During the consultation we provided clear, full information and assistance for affected colleagues. This included:

Only 145 colleagues (2% of our USS members) took part in the consultation, which is a concern given how important this issue is for all USS colleagues within HE. We believe that this is similar across the many other universities with staff who are members of USS.

We looked closely at the comments from those who did take part. As we expected, the majority of responses were negative about the proposed changes to USS, with many commenting on the validity of the 2020 valuation and the intergenerational divide that is growing.

As discussed at the open meetings, we too have expressed concern about some aspects of valuation, particularly the level of prudence adopted by the USS Trustee. Ultimately however, we acknowledge that the decision lies with the Trustee and the position was endorsed by the Pensions Regulator, who also stated that they felt the agreed contribution rate was 1-2% lower than it should be – that is, the Pension Regulator feels that the valuation is insufficiently prudent.

We noted many comments about the reduction of the inflation cap on how benefits are revalued until retirement and then increased thereafter, which is particularly pertinent given the current level of inflation and the short to medium-term forecasts. We share these concerns and have fed this back to Universities UK (UUK) and USS, asking whether this can be considered further in light of the recent rapid rise in inflation.

We recognise that the largest proportion of respondents were in favour of maintaining or paying slightly more to retain the current level of benefits until a new valuation was completed, albeit most respondents who indicated this recognised that the potential end point of higher contributions (18% and 38%) were not sustainable for either party. However, at the other end of the spectrum a number of members who responded also noted that the current level of contributions was the maximum that they could afford and, should this increase, it would result in them leaving the scheme. This is also our concern for employees and higher employer contributions will result in less money to invest in the University elsewhere. Should members decide that they cannot afford the contributions, this will clearly have a detrimental impact on their future retirement planning and also result in them not being covered for death and income protection benefits, which we know many of our staff deeply value.

We support the introduction of a lower cost model for those staff who can’t afford the current level of contributions and are pleased to see that a working group made up of representatives of UCU, UUK and the USS Trustee have begun to meet, with a report due later this year. Many respondents referred to their concerns on the governance of the scheme, and we support a review of this.

Having taken this all into consideration and noting that the fallback position if these changes are not agreed by 28 February 2022 is an increase in contribution rates to 11% (currently 9.8%) for employees and 23.7% (currently 21.4%), we continue to support the proposed UUK changes as a means of finalising the 2020 valuation and avoiding these rises. We have fed our comments back on the inflation cap and strongly stressed the need for the working groups considering the lower cost model and governance reform to make urgent, tangible progress.

Finally, I’d like to thank all affected colleagues for their forbearance and patience during this challenging negotiation. I understand that this is a concerning time but please be assured that we are working extremely hard to support UUK and USS to ensure that our valued staff have access to a high-quality pension scheme.

You can get further information at:

Our pensions news page also includes a contributions calculator to see how the changes will affect you, the results of the previous employer consultation and a glossary of terms.

You can also visit: